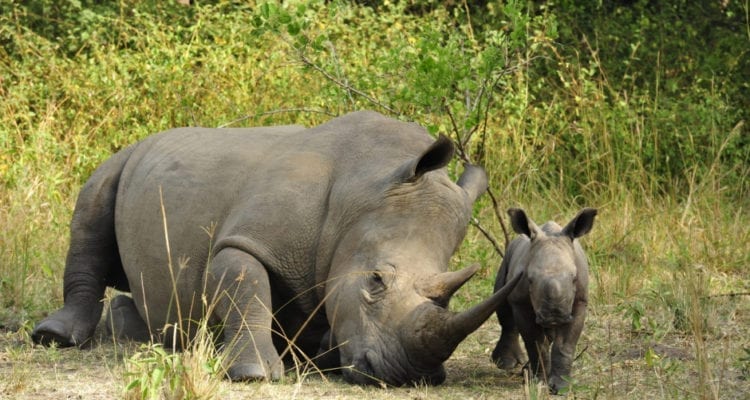 The rhino sanctuary is often visited whilst on your safari to Murchison falls national park as it is located 176KM north of Kampala on the Kampala Gulu Highway towards Murchison Falls national park. The Rhino fund a Nongovernmental organisation, opened shop in the year 1997.

However, it was not until 2005/6 that the first bunch of rhinos arrived at the purchased land in Nakasongora district. It took another 4 years for the first rhino to be born alive and healthy.  From then, the sanctuary has been increasing its numbers. The rhino sanctuary has now grown to house not just rhinos, but also plenty of birds and wildlife and thus making it a perfect place to stop or even spend a night. Please find below some of the activities in addition on rhino tracking that you can do.

Activities to participate in at the Ziwa Rhino Sanctuary

Obviously this is the only place to see rhinos in Uganda and this it completes you big five Uganda safari. The guided walk with a well-trained ranger through the bushes will bring you closer to the white rhinos. The rhinos are free to move around the 7,000 hectare of land and thus the ranger will guide you to where they are and will give you a history about the rhino sanctuary. For those who would wish to drive through, this does not require a ranger, but it is advisable to get one, although the best experience is through taking a walk.

The recommended time for rhino tracking is at 8am, 10 am, 4pm and 6pm, though  the trek can take place anytime of the day.  This is because it takes just between 1 and half to 2 and half-hours’ round trip.  During the track or drive, you are advised to be vigilant as you are likely to spot other wild animals like the waterbucks, oribis, Uganda kob, bushbucks and so much more. Rhino trekking costs USD 50.

The canoe ride along the Lugogo swamp offers you an opportunity to spot one of the most sought after birds in Uganda the shoebill stork. It’s always a guarantee that if you include the rhino sanctuary, on your bird watching safari you will definitely spot around 11 shoebills. The largest number ever spotted in one trip and place in Uganda. The canoe ride, takes place in the morning at 6am, before sunrise to watch the beautiful sunrise and then ends at around 10am, taking 4 hours. The Canoe ride and shoebill trek costs USD 35 pp. 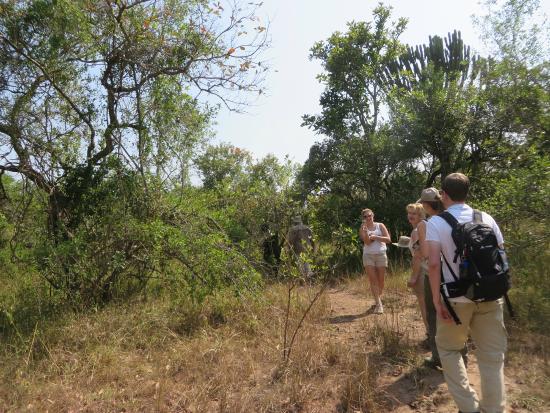 Smell and breath fresh air far from the dusty and noisy Kampala, by taking a nature walk in the Ziwa rhino and wildlife ranch. The rhino sanctuary is home to a great number of wildlife, reptiles and birds. Therefore, who knows what you might spot. If you do not spot anything, just be sure that you will have a clear and relaxed mind. During the walk, listen to the sounds and smells of the wilderness.  The guided walk, is informative, providing information about both flora and fauna. The walk takes between 1 and 2 hours and it can start anytime of the day. All Nature walks cost USD 35 per person.

Take the night walk, for an opportunity to bump into the nocturnal animals. Further more to explore the sounds and sensations of walking in the wilderness. This is a must do activity whilst visiting the Ziwa rhino sanctuary. The Night walk starts at 8:20pm and ends at 5:30pm taking a whole 2 and half hours. 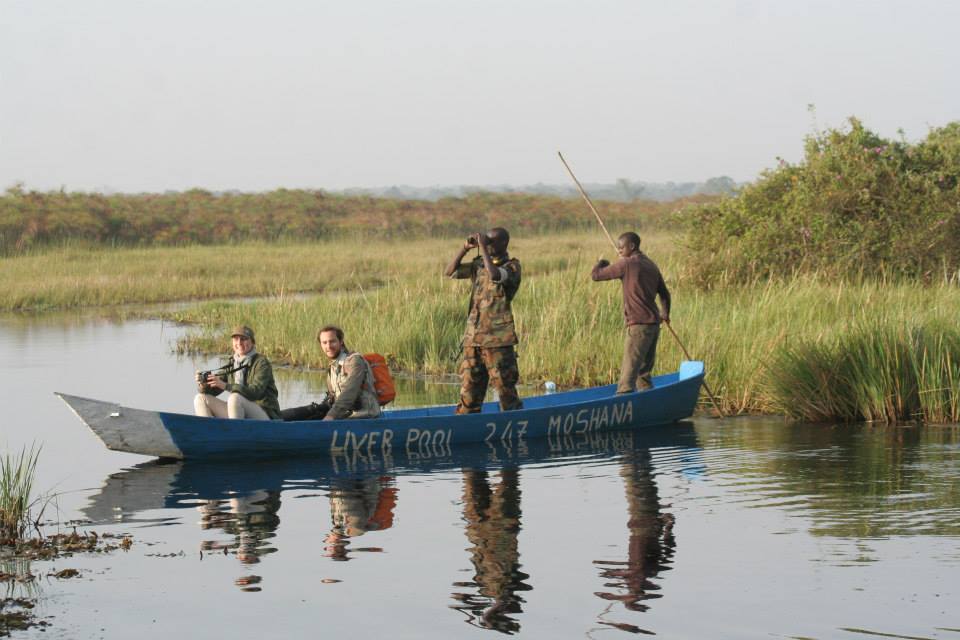 Where to Stay whilst Visiting the Ziwa Rhino Sanctuary

This is the best place to stay at whilst visiting the the Ziwa rhino and wildlife Ranch.  The Amuka lodge is nestled in the heart of the Ziwa rhino sanctuary.

Currently the lodge has 10 rooms, with 4 family chalets that have three Beds and standard chalets. All chalets are self-contained with a bedroom and inside bathroom. The chalets have been named in reference to the rhinos at the sanctuary. Prices range between USD 145 to 192 per person per night.

The Ziwa rhino sanctuary manages a guest house and restaurant to provide affordable accommodation and meals to visitors. Lunch is served at the restaurant for those enrouting to Murchison falls national park. And other meals are available for those overnight at the guest House. Camping is also possible at this guest house. Room Prices range between USD 10 and USD 60  per person.

In conclusion, a stop by the rhino sanctuary is a must on your way to Murchison falls national park or Gulu. Not only to see the rhino but also to contribute to their protection and conservation as all the proceeds go back to the Rhino Fund Uganda.  Other opportunities include sponsoring a rhino, or even volunteering at the Rhino and wildlife ranch and so much more. For more information, about organising your visit to the Rhino sanctuary contact us.

Visit Murchison falls national park-home of the most powerful falls in the world.

Visit Murchison falls national park the-home of the most powerful falls in the world. Visit…

5 things to do in Kabwoya wildlife reserve