In 1994 Rwanda was face with a genocide which was a civil war against the Tutsi’s by the Hutu. The genocide started on 7th April and ended in Mid July spanning for 100 days. In this civil unrest many people mostly the Tutsi’s lost their lives. It was after Kagame took control fof the country that the civil war stopped. Asa way of leaning from the past and never to repeat this a number of genocide memorial centres were created, and these also acted as burial grounds of the remains of those fallen during the genocide. Every yeah in April the country lights a lantern as a way to remember the fallen victims. These genocide memorial centres are open to the public. Below is a list of some of the genocide memorials centres  open to visitors; 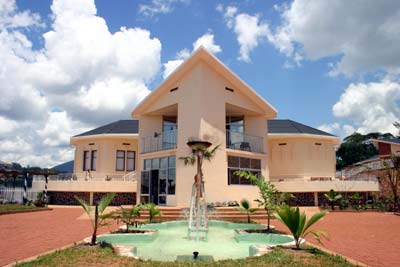 This is an international centre located in Rwanda’s capital Kigali with 3 permanent exhibitions and the biggest being the one with the 1994 genocide information.The Kigali City Council began to construct the shell of a building in 2000 that later became the Memorial Centre. Kigali city toucnil worked in collaboration with Aegis Trust based in UK.

Today, there are over 7000 people that visit the centre just to read about the genocide and also see the different exhibits about the genocide. There are oral testimonies collected from different Kigali city quarters, documents, publications, human bones and skulls that have been treated for conservation and weapons used during the genocide like machetes, clubs, swords, etc. Kigali Genocide Memorial also contains objects like rosaries, photographs, identity cards, shoes, clothes and pipes abandoned by victims.

Kigali Genocide memorial centre is the best known and most visited memorial site in Rwanda. This is because it is accessible from the capital Kigali and  Kigali international airport.

This genocide is the same Kigali Memorial Centre at Gisozi. It was officially opened on the 10th Anniversary of the Rwandan Genocide that was in April 2004 and its creation was funded by a number of donors from different corners of the world.

Ntarama genocide is located ion Bugesera a rural province of Kigali. This genocide memorial centre is  an hour  away from Kigali towards the southern part of the country.  Close to the Ntarama church and it is shadowed by acacia trees. At this Ntarama Church, however, is where some of the most brutal killings of the 1994 Rwandan genocide took place. It is anticipated that over 5000 people lost their lives. Sadly most of them were kids and women.  These people, had taught refuge in the church thinking, that it was safe. It turned out however to be very unsafe. 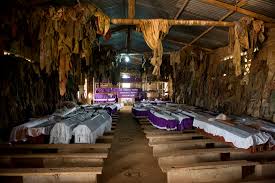 Sad to see was the way how their belongings covered the floor like the clothes, suitcases, a child’s white sock which were the last bits and pieces of a desperate fight for life in the days.

This was a technical school located in Namagabe district in the southern province, just about 3 hours from Kigali.  Overnight 60,000 people saught refuge from the interahamwe during the genocide and 27,000 people were killed. About 1800 bodies were exhumed from the mass graves, displayed in form of a stark, shocking monument, with hundreds of corpses are temporarily preserved and currently displayed in those used to be class room. The memorial has been developed as a permanent exhibition to the genocide.  The genocide memorial centre has information from the colonial times to the more recent history of the 1994 genocide.  It’s design focuses on developing a memorial from which the school children and local community can benefit. There is also a museum that you can visit.

In Nyamata, around 2,500 people were killed when they had come to for sanctuary in the church.  This  later became symbolic of the mistreatment of women during the genocide. In the church at Nyamata, there will be graphic and audio-visual displays that will focus particularly on the mass rape, brutal attacks on women and the use of HIV as a deliberate weapon of genocide 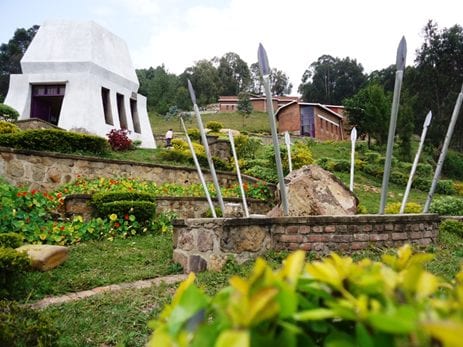 Bisesero is set in the hills of the Kibuye province of West Rwanda about 31 km from Kibuye town. Most of the people that lived in this place used to be Tutsi called the Abasesero who were also cattle keepers.  During the 1994 genocide, over 50,000 people were killed at this site. These people tried to organize themselves against the massacre for some weeks from the Hutu people but they were unsuccessful because they were fighting with sticks against well-armed and trained soldiers thus the big number.

After encountering resistance, the Hutu organized a more serious attack and the new attackers were armed with modern powerful weapons which the Basesero could not resist for very long.  So they succumbed to the genocide. According to testimonies of the survivors from this area, there are only a few Tutsis who lived in Bisesero that managed to escape. Over 50,000 people from the region were killed and an estimated population of 1,000 people escaped and survived the massacre.

There were over 2000 Tutsi people that sought refuge at the ETO school located just outside Kigali city. This was during the early days of the genocide in April 1994 and they were under the protection of the United Nations Peace Keeping force. Unfortunately, the UN withdrawal from the area. Therefore,  all these people who had sought refuge were marched up the road to Nyanza. Later on, to be slaughtered like animals.

Nyarubuye Kibugo town in Kirehe district in the Eastern province. This is a convent and school where 20,000 who were trying to escape from Rwanda through the border into Tanzania were killed. During 2003, the school became functional again.  The  convent however, remains empty apart from the bones of the victims, and will be turned into a memorial and education centre.