Established in 1964 Pian Upe wildlife reserve is the second largest conservation area  in the country covering an area of 2788km wide in the semi arid North Eastern part of Uganda –Karamoja sub region.

Pian Upe wildlife reserve gets it’s name from a local karamajong word Pian which refers to clan of karamajongs. The word Pian means calm hearted people or friendly whereas  Upe is for the Kalenjin speaking pastoralists from Kenya to mean enemy. However, they  now live close by the reserve and it means enemy. Uganda wildlife authority named the reserve Pian  Upe which  translates as friendly enemies as a strategy to include both groups in the  conservation plan.

Gazetted to protect all the wildlife species in this sub region from hunters who would have otherwise led to animal extinction. Pian Upe was gazzetted in phases with the southern area first in 1958 .  Later, when the northern part was joined onto the first part to form the current larger wildlife reserve and then re-named Pian Upe Game Reserve. 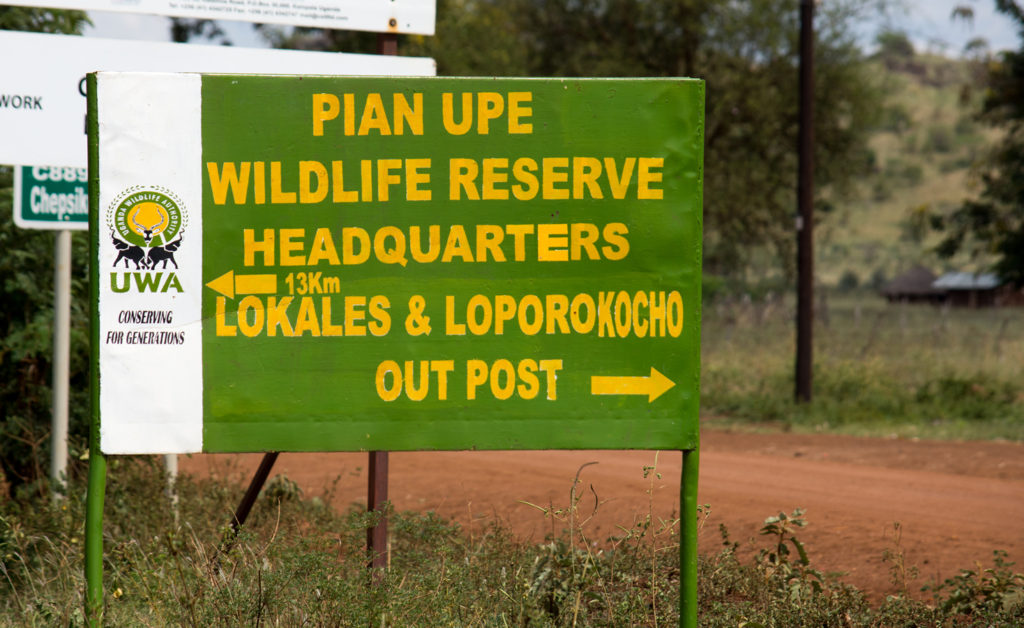 Despite being a dry place, it still receives a reasonable amount of rain that supports the growth of these plants. Hence, the survival of the animals that live in this reserve.

What to do in Pian-Upe wildlife reserve

This is the most common activity done in this reserve and it is because of the huge numbers of wild animals that inhabit Pian Upe Reserve.  Pian Upe is the  biggest reserve in the area. The reserve has the capacity to accommodate more animals compared to the others.

You can choose to go for the morning or evening game drive around the reserve. On these drives, you will be able to meet big numbers of animals. Animals you should watch out for include; different antelope, cheetahs, buffaloes, Harte beats, water bucks , oribis, and so much more.

Pian Upe reserve was in the past a home to a big number of the most sought animals like lions, black rhinos, giraffes and elephants but unfortunately there are no more.  Their extinct is as a result of poached habits practiced by the local people surrounding the reserve.

Pain-Upe reserve is also home to a numbers of reptile species. There are quite a number of reptiles that found a home in this wildlife reserve including the huge rock pythons, so many tinny but very venomous puff adders. You can also spot the harmless water snakes in the swamps.  You can also find the large Savannah monitor lizards, the common agamas, there are skinks, chameleons and geckos are very common too.

Primate lovers would be happy to know that there are a few primates living in this reserve and you will find them wondering around the forested areas. Such primates monkey species like vervet, Patas monkeys and olive baboons.

Game viewing is done either by doing a game drive or a guided nature walk through the reserve . There a few places where you can go for hiking if you’re a hiker so that you don’t miss out on such an amazing activity.

This is one of the many amazing birding destinations on Uganda’s birdwatching sites. Pian Upe has over 300 different species of birds. If you a keen enough you can be able to see over 300 species in a couple of days. Around Loporokocho swamp, you can spot some other swamp dominants. The most common bird species include; the Jackson’s Hornbills, the green bitta, Abyssinian ground hornbill, white-headed buffalo- weaver, the Hartlaub’s Bustard, among so many others. Shoebill stocks can occasionally be spotted walking around the swampy areas. Other than Kidepo, this is the other place where ostriches can be spotted wondering around.

You can also go for community visits to explore and learn about the beautiful Karamoja culture.  Their rich cultures and traditions together with their lifestyle makes the whole community visit interesting and worthy. Often times they perform for their visitors by showing off their dance styles and music.

Where to sleep whilst visiting Pian-Upe wildlife reserve

There are no accommodation facilities within Pia-upe.  Therefore, you will have to sleep at the Uganda wildlife Authority bandas inside Kidepo national park. Alternatively, you can camp if you carried your own camping gears.

Pian Upe wildlife reserve is one of the best reserves in Uganda that deserve to be protected. In addition, it deserves to be developed to become one of the most visited in the country. Unfortunately, it still faces a number of challenges. It’s major challenge is from the communities that live around. They graze their cattle in the reserve land and end up killing any wildlife.  Continuous poaching also threatens the survival of these animals and the existence of the reserve as a whole.

You can visit the reserve any time of the year. However, since the roads are not the great in wet season, it is better to visit during the dry season.