Volcanoes national park is located in Ruhengeri district in the Northern Province and protects the Virunga Mountains. Located close to Mgahinga National park and Bwindi National it is home to some of the worlds remaining  that are in Rwanda and it is a contiguous with Mgahinga and Bwindi national park as it is at the boarder of Rwanda, Uganda and Congo. Volcanoes park is home to over 300 mountain gorillas. In addition to gorillas is its also home to plenty of birds , golden monkeys, elephants, and so much more. 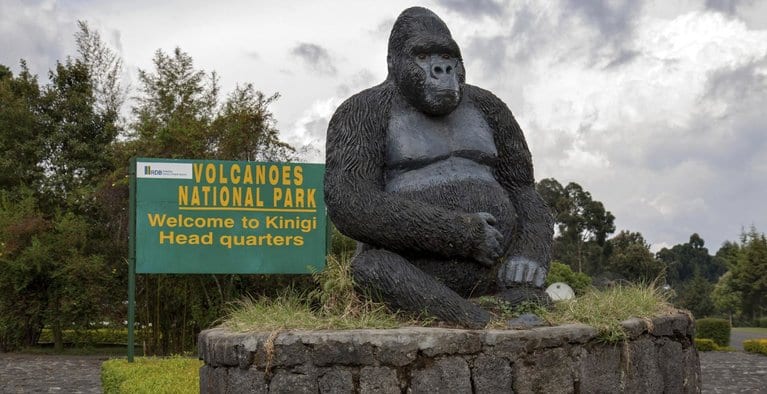 This is the major tourism activity that takes place in the park because more than half of the world’s mountain gorillas live in this reserve. You walk through the Bamboo forests resulting from the high altitude of the area that ranges from 2500m to 4500m at the Karisimbi peak. This is an exciting adventure that most tourists never ever miss. Whilst  on a tour in Rwanda as it’s the most selling tourism activity. Join some of our Rwanda gorilla safaris and explore the beauty that these gentle giants have to offer , for us to appreciate the different conservation efforts. 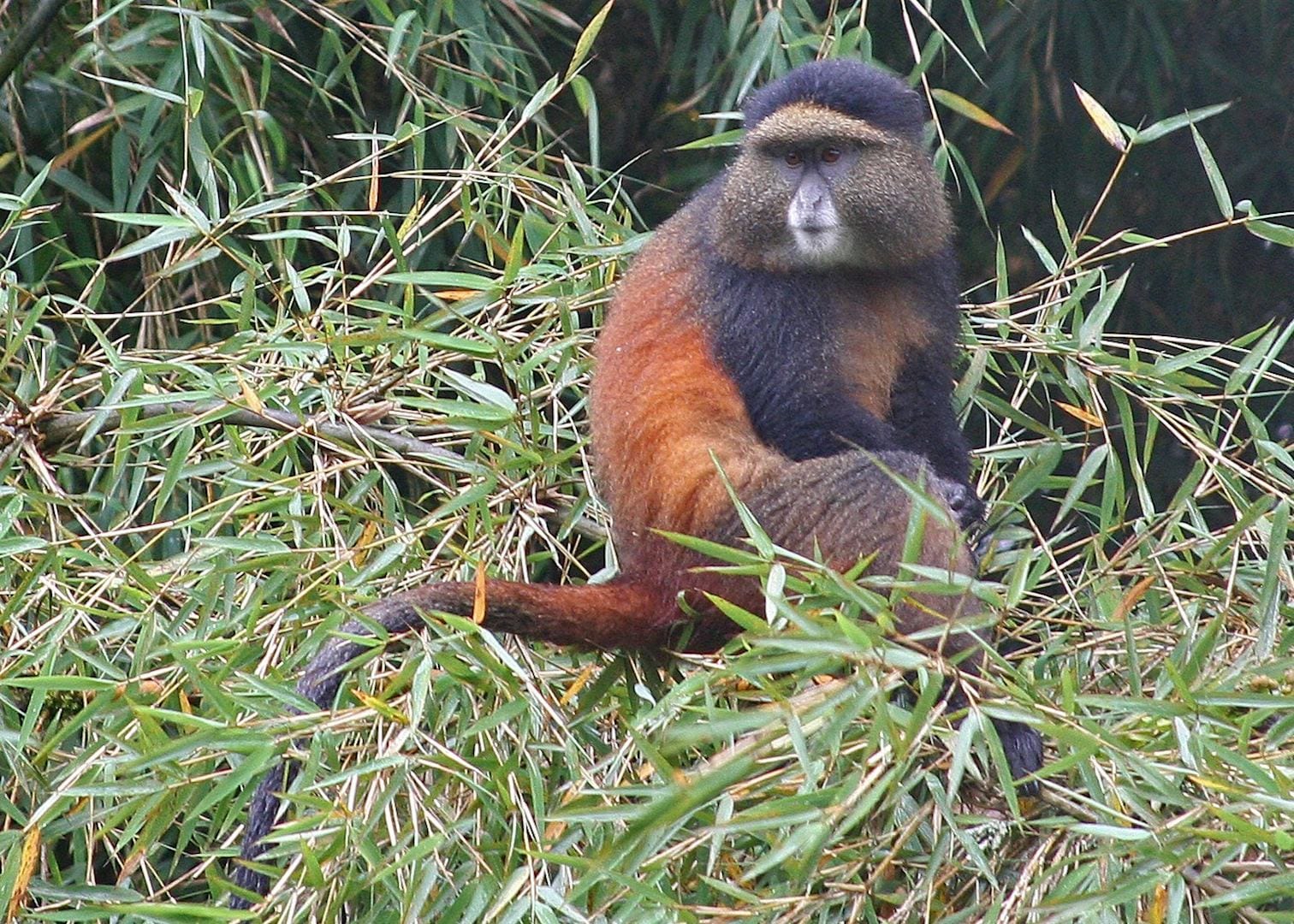 Besides gorilla tracking, the second selling activity in the volcanoes is golden monkey trekking. Golden monkeys are sub species of the blue monkeys.  Golden Monkey tracking is an amazing experience which should not be missed. More so by those interested in Chimpanzee and Gorilla tracking in Uganda and Rwanda. Watch them play in the bamboo forest for 1 hour  in addition to the mothers taking care of the young ones.

These two create beautiful scenery between Musanze and the boarder of Uganda. Twin lakes are very useful to the communities that live close. You can take a dug out canoe ride on the lakes. Walking or cycling along the shores of these lakes can be organise. It is home to plenty of birds hence making a birders paradise. The lakes are closer to Volcanoes national park and can be visited after gorilla tracking safaris.

Mt. Bisoke is one of the Virunga Volcanoes among others like Mounts Karisimbi, Gahinga, Sabinyo, and Muhabura. It is a sheer climb thus a most easy to climb during the short or long dry season.  At the top is the biggest crater lake of the Virunga chain called the Bisoke crater lake. On days without fog you can see the lake and other volcanoes easily. 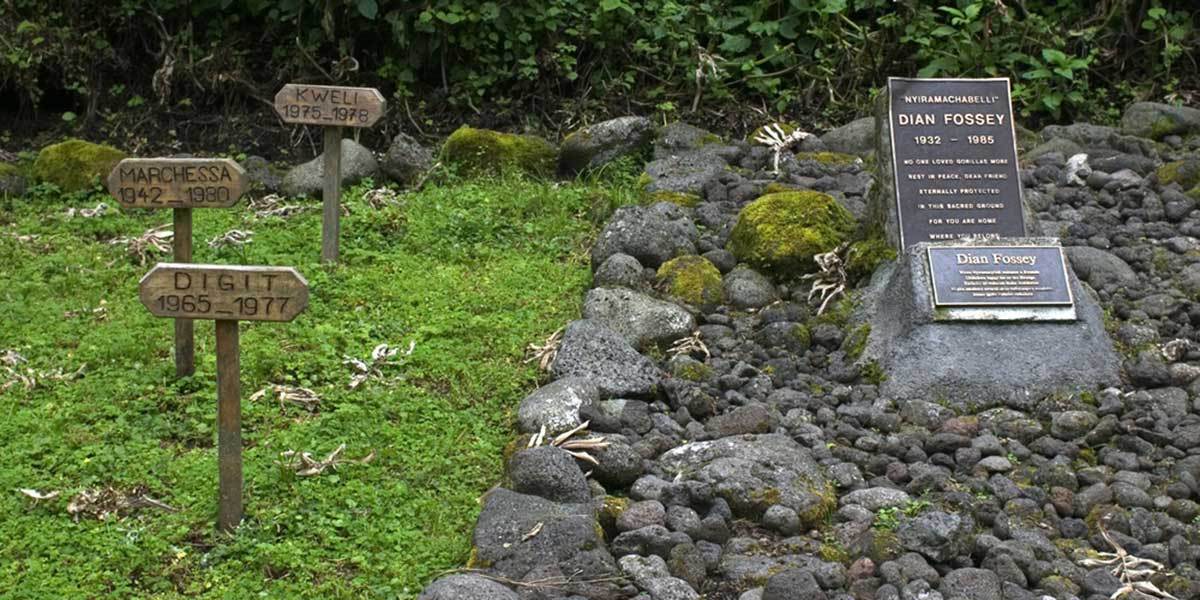 Dian Fossey was a famous gorilla researcher who was assassinated.  But her work had a great impact towards mountain gorilla conservation. She had established a research centre called the Karisoke research centre and you can always take a hike to Karisoke. Dian Fossey devoted her life to mountain gorilla conservation. Therefore she was buried in volcanoes park. Treks to the Dian Fossey tombs can be organised in addition to your 3 days Rwanda gorilla safari. 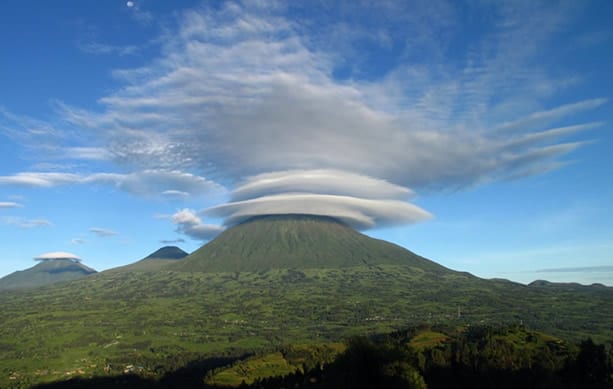 Join the two days hike to mountain Karisimbi , one of the 8 volcanoes that combine Uganda, Rwanda and DR.Congo. Standing tall at about 4,507 above sea level is Mt Karisimbi. Mt Karisimbi is the 5th highest mountain in Africa and a stratovolcano. You need a minimum of two days to hike Mt Karisimbi. Mt. Karisimbi derives it name from a Kinyarwanda word amasimbi.  Meaning “white shell” in reference to the white-capped summit that is  often seen on top of this volcano. Close to Mt Karisimbi are Mikeno, Bisoke and Nyiragongo the active volcano. While at the peak of Mt Karisimbi you can be able to see the active Nyiragongo volcano.

With just 2 and half drive on a paved road, you can reach volcanoes national park  and participate in all the above and more activities. Spare a couple of days to visit Volcanoes park, we promise you will not regret your decision.